AGCO POWER - power for the world with over 60 years' experience

AGCO POWER Inc. (formerly Sisu Diesel) was founded in 1942. The company and its products were known under the Valmet brand until 1997, then re-branded under the Sisu name until 2004. Since 2004 the company has been a part of international AGCO Group.

AGCO is the third largest agricultural machine producer in the world and its well known brands include Massey Ferguson, Valtra, Fendt and Challenger all of which use AGCO Power engines which are built at the main factory near Nokia in Finland.

Environmental friendliness is the cornerstone of AGCO POWER R&D operations. All AGCO Power marine engines comply with IMO 2 emission regulations at present and are futureproofed for the forthcoming IMO 3 legislation.

AGCO Power engines are also unique in the marketplace as they are the only common rail engines available that are approved to run on 100% Biodiesel with no compromise in performance.

The basic construction of the AGCO Power engines has been designed for extreme conditions ? from blistering equatorial heat to the harsh winters in Northern Europe. A growing number of manufacturers are choosing reliable AGCO Power engines for both propulsion and auxiliary duties.

Quality and environment systems are certified according to the ISO 9001 and ISO 14001 standards.

AGCO Power 4 and 6 cylinder marine engines have been constructed for use where reliability, low operating costs, longevity and easy servicing are the most important features. When classic sturdy basic construction is combined with new generation control electronics and a modern injection system, the result is an AGCO Power diesel engine that meets even the most demanding user needs 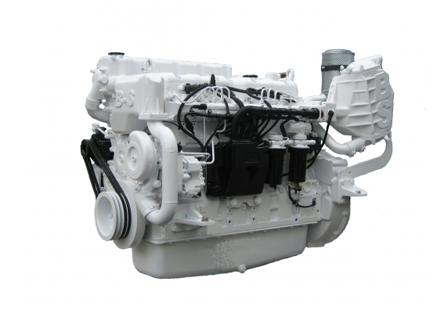 Ask us a question

The Mermaid Marine team are on hand to answer any questions you may have. Please choose an option below.

Send us a message